Innovation Sprint: Creating a Culture of New Ideas and Products

Hear how this presentation relates to Innovation in the Fast Lane.

How do we get excited every day we come to work? Everyone of us wants to have our voices heard to make a difference at the larger level. Many companies have traditional product management where ideas to be developed are already decided at the higher level. I wanted to tap into our existing pool of Engineering Innovation and see where it could take us - not every great idea is vetted by upper management and product.

Introducing the Innovation sprint. Our Engineering department was already scaling using the Scrum framework, and I wanted to see how we could tap into our Engineer's innovation when it came to new product ideas. We created a two-week sprint dedicated to innovated ideas. How did it work? Ideas were formed by whomever. The only minimum requirement to having a sprinting team: 2 Developers willing to develop against your idea (who passionately believed in it), 1 test engineer, 1 ScrumMaster, and 1 person to play the Product Owner role. We were also able to cross team lines - teams were forming organically based on if the person believed in the idea.
We thought this would be an interesting idea to try and learn from, but what we found is how one idea turned into an entirely different business unit for us which we are now pursuing, and the others became deployable products that saved us time and money like we would have never thought! 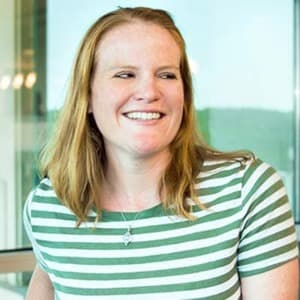 I am an optimist by nature and enjoy working with people to make their lives a little bit easier at the end of their day.

My first exposure to Agile Software Development, specifically Scrum, was in 2003 while working in Washington, DC in the public sector. I was blown away by the concepts, as they 'just made sense to me'. I was eventually certified by Scrum co-founder Ken Schwaber in 2006. Every since I was originally exposed, I have been a natural advocate at heart for the core principles of Scrum. Using this process I transformed my 80+ Engineering organization from waterfall to Scrum in order to become more transparent and more predictable on delivery, while also focusing innovation in our culture.